From 22 to 30 September 2018, ZID Theater organises the international crossover festival ExploreZ, for the third time. Driving force behind the festival is Karolina Spaic, director and artistic leader of ZID Theater – Community Art & Performance Centre, but also theatre maker, director, builder of bridges.
An interview with this tireless and inspired ‘out of the box’ thinker. 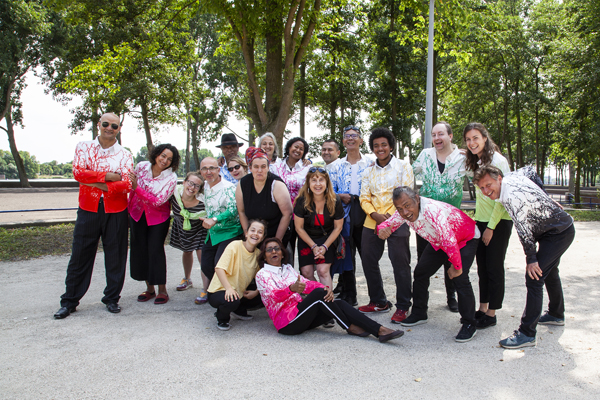 WvD: On several locations in Amsterdam makers, local residents, and international guests together create a programme with ‘The New Freedom’ as the central theme. What is this ‘new freedom’?

Karolina: When we talk of freedom we usually mean ‘no war’, no oppression. In that sense the Netherlands is of course a free country, but the diversity in cultures and countries of origin, especially in the big cities, makes many people feel unfree just the same. Or at least makes them feel insecure. Can I be the person who I am here? This is the main thread running through the festival, the search for this New Freedom. The festival is a frame. There are four big productions, in collaboration with international guests, and there is a large fringe programme of workshops, debates, lectures, and so on.

Karolina: Yes, we are very proud to have them. ODIN Teatret is truly world-famous and this is only their third visit to the Netherlands in twenty years. As our guests! They have developed a unique universal language of theatre and their director Eugenio Barba is a great example for me.

WvD: The ExploreZ Festival is a cross-over event, which in the first place means that it’s a mix of theatre, dance, music, and video. And doesn’t this cross-over element also referred to the special kind of collaboration between professional actors and what you call ‘neighbourhood actors’? I see that some forty ‘ordinary’ people from Amsterdam take part in the various festival programmes.

Karolina: Yes, that is the basis of all groups taking part in the festival, including the ones from abroad. Our projects are not just about topical social themes, like in this case the New Freedom; it is also how we work. We don’t take big political issues as our starting point, but the issues that ordinary men and women are dealing with. This is also why we work with the people who are directly involved, people from the neighbourhood, from this city. ZID is absolutely convinced that art and theatre represent a binding force.

WdV: Your own production is called Lost City. Do you feel that the city, Amsterdam in this case, is a ‘lost city’?

Karolina: Not as such, but I do have the feeling that many people are worried. That they are wondering whether things will turn out right. Lost City is not a performance, by the way. We refer to it as a living exhibition. Twenty-five actors, both professionals and ‘neighbourhood actors’, play short pieces based on their personal stories, all from their own perspective on Freedom. The visitors walk by the actors, listen to their stories and experience the stories very directly. As if they are images. Speaking images. It will be like a living sculpture garden. Twenty-five players with roots in twenty countries spread over five continents, all together in one city: the Lost City.

WvD: And this ‘exhibition’ will be in a museum, the Van Eesteren Museum, which opened right by the Sloterplas in 2017.

Karolina: Yes, it is the first and so far only museum in Amsterdam Nieuw-West. It tells the story of how this part of the city came to be. And this is where we will now place our own living contemporary images.

The ExploreZ Festival’s opening is on Sunday 23 September at Podium Mozaïek, with previews of all the programmes and performances by Moroccan-Dutch singer Karima El Fillali and hip-hop dancer Osni Seye, and much more. For more information, reservations, and background stories: www.explorez.nl

There are no upcoming events.