In ZID Theater’s new performance, eight performers use physical play and poetic images to create a dictionary in which language, image and movement merge. The public experiences how the actors reflect on collective and personal perception in times of instability. Poet Vivan Deekman wrote new work especially for this performance and will perform it.

The audience sits in a circle around the performance. In this way, the audience and the actors share a common space. This creates intimacy and confrontation at the same time.

In addition to the performance, an accompanying video installation has also been created, which serves as a deepening in the image and language of words and themes. The video can be seen on the day itself, but also at the Amsterdam Museum.

You can also attend the premiere of this performance on Thursday, September 30 at 20.00 at Podium Mozaïek! [

Discount with CJP, Amsterdam city pass and postcode Amsterdam-West: 1050 to 1069. The passe-partout of €25.00 gives access to all performances of the ExploreZ Festival. ZID Theater opens its doors and the stage for an evening with short performances of dance, music and theatre around the theme The Art of Hope. Participants of the FATE project (Future Academy on Tour) and students from Artez join forces and reflect on the diversity, freedom and theme of the ExploreZ Festival. From raw despair, along hopeful stories and expectations, to unexpected encounters!

Did you know that our passe-partout of €25.00 gives access to all performances of the ExploreZ Festival? 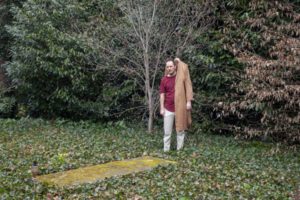 Intimate and vivacious music performance in which theatre maker Daan Bosch wonders how to deal with death during life. Together with musician Pascal van Hulst, performer Joop Oonk and the audience, he discovers all kinds of rituals and customs surrounding death. n his liberating search, he gradually tries to give death a better image.

Discount with CJP, Amsterdam city pass and postcode Amsterdam-West: 1050 to 1069. The passe-partout of €25.00 gives access to all performances of the ExploreZ Festival. 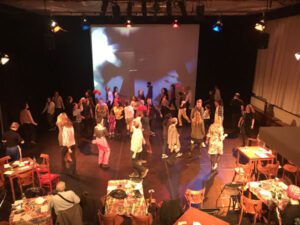 After the performance Don’t Leave me Alone by Daan Bosch & Theaterstraat, we will festively close the 6th edition of the ExploreZ Festival with all makers and participants! Your can expect music, theatre, dance and an open stage.

Did you know that our passe-partout of €25.00 gives access to all performances of the ExploreZ Festival?